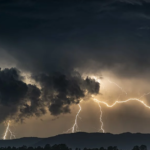 I AM the I AM, the GOD who was.. is.. and will be… and is to come. Soon you will see Our glory. For the time is near. For WE will take Our beloved ones Home. I AM. The other will remain on earth and will have to go through the furnace of temptations and of persecution and of war and epidemics and deseases… and tribulations of all kinds. I AM. Soon the Anti-Christ world-regime will be revealed in all its total control-powers. Many will be slaughtered in those days, for they will not accept any resistance of any kind. Many, who will resist their authority or their chipping or marking, will be killed as an enemy of this World-Government and its World-Leader(s). Many people and christians heard about this “future” fact, but were not really willing to accept that it would happen in their own age. Many read or heard about the prophecies and revelations of the book “The Apocalypse/The Book of Revelations”, but didn’t believe that it really would happen. But now you are really living in the end-time… and in the days that these things will happen… in very, very, very near future. I AM. My call to all is : Be awakened! The time is very, very, very near. Repent and allow Us to save your souls for eternity, for death and hades/scheol/kingdom of death will go around to take souls away from the earth, like already happened… and will happen. I, YHVH GOD, AM. Blessed are all who are really willing to be saved for eternity… and who will get the opportunity, in these last days, to repent and to receive Our holy gospel… and the gift of faith… to their salvation for eternity. I, YHVH GOD, AM.