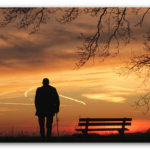 Hear, ye nations and tribes of the earth, I AM the One and Only True and Faithfull God who has a plan with this creation. I AM. Many of you are not aware of My holy plan. I AM. Therefore many err in darkness or are caught up in the temporary worries and anxieties of life. My holy plan is revealed in the holy scriptures of the biblia. I AM. Many are aware of the existence of these books/scrolls, but don’t read them nor are really interested in them. I AM. My holy Son Yeshua ha Mashiach will come back to the earth to Reign. Soon I will fulfill the things written in the book of Revelations/Apocalypse. Many see already how things are evolving towards the manifestation of it… and other people know already in which time of the Apocalypse they live… and some are aware of the fact that strange things are going on in creation. Many see and even look for signs to know in what part of the Apocalypse they are living. Many are not aware that they are living in the last days and in the endtime… and some are even promoting the things of the endtime to earn money from it or to make it ridiculous… or to promote their anti-christ agenda and to promote Luciferianism/Satanism as “The new uniting world-religion to bring peace and harmony and enlightement”. Some are even denying the facts… or My Being… and the time in which they live… in such a way, that they are deceiving the christians by means of the preaching that “There is no real prophecy and revelation anymore in these days”. They even use the bible and teach beautifull biblical teachings, but deny the fact that they are living in the endtime. They are like the religious leaders and the pharisees/scribes, who denied God’s power in the prophets and rejected their messages and the prophets… and even tried to silence them… or accused them of heresy… or of causing division… or of sectarism… or of being false prophets… or of being mentally ill… or threathened them… or even persecuted them and put them in prison… and they tortured them, to cause them to deny or renounce their holy message or Sender / LORD… and to make them to take over their religious error and to submit to them or to their “god”. Many prophets and apostles and holy ones were slain by them throughout all ages, like they did to their Holy Lord GOD and Master and Sender : Yeshua ha Mashiach/Jesus the Christ. I AM. The same things are happening in these last days/endtimes… and will happen in near future. I AM.