“Hear, ye nations, I AM GOD, the Almighty One. I AM not amused by those who amuse people without accepting My holy righteousness. I AM. Many seek the things of this world to become famous or adored… as if they were/are gods or godesses. But I AM the Only Almighty One, who was, is.. and is to come in My holy Image/Tabernacle/Temple, called Immanuel or Jahshua ha Mashiach/Jesus the Christ. I AM. Never before… people existed… till I created them. They are My invention and not the invention of themselves… nor the product of evolution. I AM. They didn’t create Me… nor am I a product of their fantasy or of religious deceit. I AM.” ; Says the Lord GOD, The Almighty One, the GOD of Israel and creation.

Message by The Voice in The Wind / The Candle.

The Voice in The Wind / The Candle / Jean Martin Peter Schoonbroodt.NL. EU.

and all other Holy messengers of GOD and His holy Son Jeshua HaMashiach / Jesous Christos / Jesus the Christ and His Holy Ghost and their Holy Scrolls / Holy Writings / Holy Testimonies / Holy Scriptures / Holy Biblia / Holy Books… and through Holy angels.

This says GOD YHVH, The GOD of Israel and creation, to the nations and Israel in this End-Time :

“You are watching teevee and the internet of all things, but I warn you not to remain in this world-wide-web-internet-total-control-banking-Mammon-666-barcode-related-anti-Christ-other-Mashiach- world-Beast-system of Revelation 13. You are facing the total fulfillment of Revelation 13 in these days, which will lead to the fulfillment of Revelation 14 and its end-judgment… that is mentioned there… for/to those who took the charagma/mark/name/number… stigma/injection… or number of the name of the anti-christ/other mashiach /false prophet and his Whore Babylon and Beast-system… or New World Order, which is already being manifested in these last days…. before My Holy return to the earth in My Holy Temple / Holy Tabernacle / Image : Jeshua/Jesjoea/Yeshua/Jehoschua/Jahushua/ Jesous/Jesus… Ha Mashiach / The Christ/ The Anointed One with the Power of the Almighty GOD and the fulness of His Holy Godhood/Deity/Ghost, who will restore the True Heavenly Kingdom of GOD and His reign on/in the earth… visible at Jerushalaim/Jerusalem in Israel in the Middle-East… as promissed to Israel/ the twelve tribes of Israel. I, YHVH-GOD, AM the Great I AM, the GOD of the heaven and the earth. I AM the I AM, who spoke to Moses, the man of God, who led Israel out of capitivity and slavery of/to the king/pharao of Egypt… and led them to the promissed land, that I promissed to My friend Abram/Abraham, who I called out of Ur in Chaldaä… to go to the promissed land Canaan, where he and his descendants would live forever… if they would remain faithfull to Me and the Covenant that I made with them. Although they were often unfaithful and often were chastised/judged temporary… I promissed them to bring them back to the promissed land, which would be an everlasting inheritance to the True descendants of Abram/Abraham, Isaac and Jacob… who was later on called “Israel”, which means translated : “Warrior of God”. I AM.” ; Says the Almighty One, who ruled and reigns the heavens and the earth.

Received by The Voice in The Wind / The Menorah / The Candle.

The Candle / The Voice in The Wind.

This says GOD to Egypt :

“Hear, Egypt, you heard My Voice in the past while My Holy Ghost was preaching to you by My holy sons and daughters who taught you about Me, the GOD of Israel and of creation, YHWH, the LORD GOD of all that was, is and ever will be. I AM. They told you about My Son Yeshua HaMashiach/ Jesus the Christ. You despised the message and even persecuted My beloved children. Now I will go with you into judgment. I AM. Soon you will see and experience My holy wrath and vengeance. I AM. For there is no other Almighty GOD than I AM … and there is no Savior than I AM and My beloved and glorified Child and Son Yeshua Hamashiach / Jesus the Christ. We are the Only Ones who can save and heal and restore… or even destroy and throw into eternal fire. I AM.” : Says the Almighty One of creation, the Great I AM.

Words of GOD, by His messenger The Voice in The Wind.

This says GOD YHVH, the GOD of Israel that lives according to the Spirit of GOD created in Yeshua haMashiach’s Spirit and words of God :

“You are chosen as My holy Testimony amoung the nations and tribes of the earth. I AM. Many of you were not good, but I chose them/you to become sons and daughters of Me, The Living GOD and Father of creation. I AM. My holy Mashiach was already amoung you in the past as the rabbi of Nazareth, born at Bethlechem Judea in Israel in the City of King David. I AM. Many of you were not willing to follow Him. I AM. Still I called you by the preaching and teaching of My holy Good News, so that you would be saved by Our grace and love and truth and work of salvation, that was fulfilled in My holy Eyes already from before foundation of creation… according to My holy plan to save you, if you believe and remain in the faith in Me and My Son and Our holy plan to save you… and many other people for all eternity. I AM.”

Prophecy to the remnant of the Spiritual Israel.

Received by The Candle / The Menorah / The Voice in The Wind of the Holy Breath / Ruach Hakodesh… of GOD.

THE VOICE IN THE WIND / Jean Martin Peter Schoonbroodt. NL. EU. Since 1983 I am a witness of Jesus Christ / Yeshua Hamashiach in God's creation, as He led and leads me by His holy Ghost and holy angels, in Jeshua Hamashiach's /Jesus Christ' holy name. Yeshua Hamashiach / Jesus Christ himself, appeared 5 times to me in the Netherlands in the EU.... and sent and send me as His witness in these last days before His return in glory, when He will appear on the clouds of heaven to take His beloved ones into glory. 1 Cor. 15 ; 50-58. + 1 Thess. 4 ; 13-18. And after the Great Tribulation of Jacob/Israel He will come down with His saints and holy angels to the Mount of Olives at the East-side of Jerusalem in Israel, where He also was taken up into heaven/sky/clouds. Acts 1. The words spoken, by the two men in white robes/angels, to His disciples... will soon be fulfilled. Than He will save the remnant of Israel from their enemies, the false prophet and the Beast and their armies, and will start... with His saints... to judge the tribes/ nations/people according to how they behaved towards the least of His brothers. Matth. 25 ; 31-46. After this judgment, He will start the Kingdom of God for Israel, visible at Jerusalem in Israel, according to the prophecies and revelations and promises by His prophets /seeers/ revelators and apostles... and their testimonies and holy scriptures/ scrolls/ biblia/books. We are living in the last days/end-time. His return is at hand. Prepare the way of the Lord YHVH, The Holy GOD of Israel and creation, the GOD of the heavens and the earth, the Almighty One. Repent and turn back to Him... and believe in His Mashiach/Anointed One/Christ : Yeshua HaMashiach/Jesous Christos/Jesus The Christ, The Fullness of the Godhood/Deity revealed in the flesh and blood and bones, the Lord and God and Savior of all who believe, the son of David, the King of Israel, the King of the Jews/ The Lion of Juda and the Lamb of God, that was slain for the sins of Israel and the Jews and all of creation, whose blood reconciled all of creation to the Elohim above all elohim : YHVH-Elohim. Now He offers all forgiveness of their sins and the gift of eternal life by means of grace, through faith in Yeshua Ha Mashiach and His blood. Amen. Hallelu-YHVH. Amen. All who believe in His atoning/reconciling sacrifice on the wood of curses / cross of Golgatha/Calvery... and who will be born again out of water and Holy Spirit of God and will be sealed with His promised Holy Ghost... and who obey Him till the end... will inherit eternal glory... and will reign with Him as His holy kings and priests in all eternity. Amen. Hallelu-YHVH. Amen. For they washed their clothes in The Holy Blood of the Lamb of God... and overcame this world by the word of their testimony... and because they loved their life on earth not till the end, but were focussed during all of their life on Adonai YHVH and Yeshua HaMashiach/Jesus the Christ and their future glory with Him in God's Heavenly Kingdom and the Heavenly Jerusalem and Heavenly Tabernacle and Heavenly Zion/Sion and the New Heaven and the New Earth. Amen. They are the justified and glorified ones... by means of Gods grace ...by means of the gift of faith in these heavenly truths, which they proclaimed while being on earth in their temporary body of flesh and blood and bones. Hallelu-YHVH. Amen. GOD YHVH, The LORD GOD, bless you all in the power of Gods eternal love and grace and goodness and wisdom and saving and helping and healing and blessing and renewing and reconciling and sanctifying and justifying and completing and glorifying powers and words in His Name and the name of the True Mashiach of Israel , Yeshua HaMashiach / Jesus The Christ' , and Their power and of His reconciling Holy Blood and His Holy Eternal High Priesthood in GOD's Presence. Amen. Hallelu-YHVH. Hebr. 13 ; 20-21. Amen. God is faithful towards His words, promises and holy Good News and plan with creation and Israel and the nations and tribes of the earth. He is... I AM. The Candle / The Voice in The Wind. 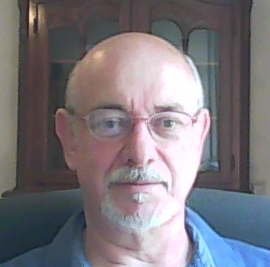