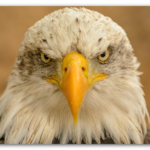 This says GOD to the churchleaders :

Hear, ye churchleaders, many of you cursed one another in the past. Quit with it ! If not, than I will send the curses you spoke…. to your own houses. I AM.