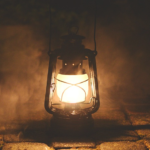 Hear, ye nations and tribes of the earth, I AM the GOD of grace and truth and Godly love and true Heavenly Peace and true righteousness and of reconciliation. I AM the GOD who saves people that call on My holy name. For I AM the GOD who cares for all. I AM. Although many don’t know Me, I AM still revealing Myself to them in different ways. I speak by My Spirit to their conciousness. I speak to them in dreams or night-visions or visions or in prophecies or revelations or even in the appearances of Me or of My holy Son Yeshua ha Mashiach/Jesous Christos/Jesus the Christ or of Our holy angels. I AM. Many had contact with My Son and holy saints in heaven after they died. Later on, when their spirit returned to their body, they testified about the heavenly things and the things they saw and heard and experienced. Many testimonies concerning these facts are spread as light in the darkness of this sinful world. I AM. And all of creation testifies about My holy everlasting existence, for I AM the Creator of all. Soon things will drastically change. Some are already prepared. Some not. Evil will even increase under the guidance of “world-peace” and “global-unity” and “world-governance” and a global-religion and “the battle against the invisible enemy”. Many powers are already activ to work this illusion out. Many things of their agenda is already published and is increasingly manifesting. Many long for strong leadership in times of distress or of disasters or pandemics or of catastrophe or rumors of war or of threats of war or impending wars or during times of war. Still I AM GOD. I AM the One who Reigns in the heavens and in the earth according to My holy plan and holy will and revealed words/prophecies or revelations. I AM. My word reveals past, present and future. Blessed are all who are awakened by My Holy Ghost and who are prepared for My holy coming. I AM. For Soon I will come in My holy Son, who is My holy Tabernacle/Temple of My almighty Spirit/Powers. I AM in Him and He is in Me. We are One.